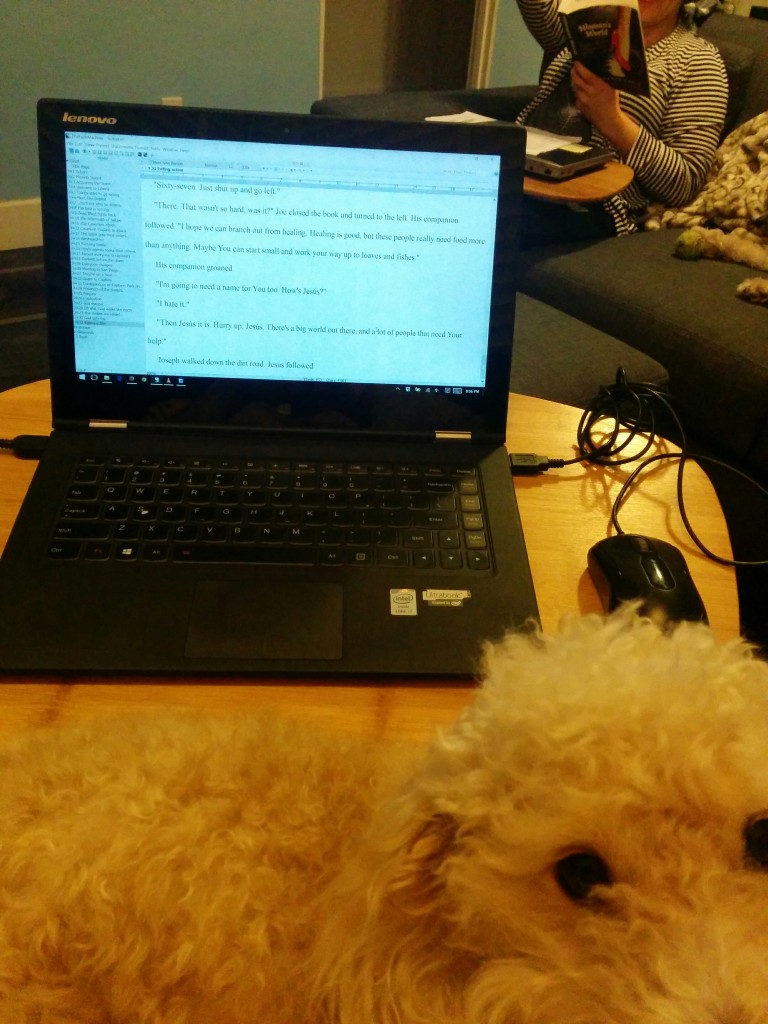 It spent years in the incubator, due to day jobs and other commitments, but I can finally say The Faith Machine is a complete, readable, and finished. At least until an editor tells me otherwise.

I processed the feedback from my gracious beta readers, made cuts, fleshed out descriptions, and added a whole new chapter to show what’s at stake if the bad guy wins. At 96,993 words it’s a little on the heavy side but within the limits.

While I query agents, I’ll be working on 7 short independent pieces that follow up after this book, to build a body of work around my heroes, Project Dead Blind. Short fiction can reach into markets that a novel can’t, published or not.

But for tonight, I’m just happy to be done.

The Query letter, for the curious:

The Faith Machine is a science fiction novel of international action, espionage, and E.S.P. What if James Bond were to lead the X-Men through the X Files? Where psychic powers are linked to mental disorders, and a little bit of power means a life spent resisting corruption, and dodging assassination.

Doctor Ken Park is a Korean-American spy with a PhD in psychology. He’s the field commander of Project Dead Blind, a team of six unruly, paranormal agents. Among them is Park’s right-hand woman Ainia, a Latina who believes she’s a reincarnated Amazon warrior, Isaac Deal, who can mimic the skills of those around him when he’s on a bi-polar high, and Pollyanna, a depressed cynic with the unreliable power of positive thinking.

Sent to Africa to recover a Soviet psychotronic super-weapon, their mission is a failure. An agent is wounded and their target is destroyed. The team is scattered and pursued across America by the FBI, the Chinese Bureau of Spirit Suppression, and the mysterious Casemen.

The Faith Machine will appeal to readers of Tim Powers’ Declare, Grant Morrison’s The Invisibles, and Jon Ronson’s The Men Who Stare at Goats. It’s complete at 96,993 words.

My first novel, Picking Up the Ghost, was published by ChiZine in 2011 and optioned for film by Breaking the Cycle Films LTD.

Thanks for your time and consideration. I hope to hear from you.