I’ve finished a first pass through both of Wearing the Cape, the Roleplaying Game and Barlow’s Guide & The B-Files and I believe I’ve finally found my Fate Superhero RPG.

I’m an old Champions player. It was my first RPG. I loved how I could make any character come to life in Champs. I still gravitate toward systems that support that level of player creativity. I’ve dabbled with Icons and Venture City, but both games were missing that range of expression.

Venture City is really good for experienced Fate players to dive right into the attached street-to-corporate superheroes setting, Superpunk. Powers are built on a Extra template. And characters are limited to two powers each. Which I found a little confusing until I realized that the player defines the powers. So Captain America has the powers Super Soldier and Adamantium Shield rather than, Super Fighting, Super Athletics, Super Strategy, etc. Just like Wearing the Cape, the power level can be scaled up by increasing the PC’s number of starting stunts. But I find that two power limit kind hangs over the creation process. And it lacks implicate support for flexible power pools, like magic or hypertech.

Icons is a proto-Fate game, written before Fate Core was published. So the dice, rules, and nomenclature are a little different. What Fate Core calls Stress, Icons calls Stamina. And the game uses d6’s instead of Fate Dice. Icons is a simple game and it’s really easy to make NPCs on the fly. You can also add limits to powers like in Champions. You can do that in Wearing the Cape, and indeed in any stunt in a Fate Core game, but the the point cost of limits in Icons are straight forward and don’t require bargaining with the GM. Icons has the Bronze Age of comics feel whereas Wearing the Cape feels contemporary, both in the way powers are built, but in the setting material. Icons is built around a random character generation system (which I really don’t care for) and the points based version feels like an afterthought.

In the setting material, all supers, called Breakthoughs, have a common origin. Since the divergence event (a worldwide blackout called…The Event) some people in dangerous situations have a ‘breakthough’ and manifest superpowers. Besides breakouts, you can play a robot from the future, or a hyper-intelligent, vampire dog from a parallel universe, no problem. The setting material is very broad and accommodates a wide range of character origins. But it’s missing the legacy of a Golden Age. You can set a ‘Golden Age’ in a parallel universe. But in the core setting, the Event happened in recent history.

Character creation in Wearing the Cape includes power templates called Types which cover the major archetypes of super heroes. Wanna be a Hulk? Ajax Type. Wanna be a Superman? Atlas-Type. Etc. I like how there’s a Paragon-Type for your Batman or Mr Terrific, and a Verne-Type for your Iron Man or Lex Luthor, so there’s less debate on who is a proper superhero. You don’t have to stick to these Types, you can create your own Type from whole cloth, ignore the Types altogether, or mix and match Yypes. The Metamorph Type in particular crosses over with the other Types quite well.

The rules build on Fate Core, but only a little. Skills have been split into Attributes, Skills, and Resources (Reputation, Wealth, Contacts). High attributes grant bonuses to skills when appropriate, so a high strength grants a weapon rating to the Fight skill and an Armor Rating for defense. With characters with a high upper ceiling for their capabilities it makes sense. Other new rules include; if a PC makes a roll with no ‘+’s they get a Fate Point. And if a role fails by -3 or more that’s an Epic Fail and creates a Collateral Damage Aspect. There might be other divergences from baseline Fate Core, I’ve only read through the book once.

Barlow’s Guide & The B-Files is the big book of NPCs. It has a few more Types, and a lot more of the setting, and a very satisfying number of Breakouts. You can see the influences, but very few of these characters feel like direct analogs of properties published elsewhere. Compared to other NPC books for supers games this book is light on the villains. Probably because they’re pulled from the source material, Marion G. Harmon’s Wearing the Cape novels. There’s also few straight forward bad guys in contemporary fiction, and more every-villain-believes-they’re-a-hero types. Many of the NPCs are private contractors using their powers to do a job. It makes the supers feel like the live in their world instead of on top of it, a feeling often lacking in the comics.

Need More NPCs?As a Fate Core game, Wearing the Cape allows the GM to bring in a wider rage of NPCs from other setting books without complication. So throw Harry Dresden at your player’s super hero team, why not?

Even if you don’t use the setting, the expanded Extra rules for creating power types should be enough to get your Fate Core Super Hero game going. And the art is fantastic.

I’m pitching two live role-play panels, and two sessions of the ESPionage RPG, for Comic Fest. I’ve run the games before at Kingdom-Con, but this’ll be the first time I game in front of a crowd since LARPing in the ’90s. Fortunately, I still have the black trench coat.

Watch (panel to be determined) create before your eyes! Using the Microscope RPG, our panel will start with a blank slate and a stack of index cards. They’ll brainstorm and spitball ideas, and end with characters, a setting, and a history of a fictional world.

You are the game masters! (Panel to be determined) play characters in a world and setting built around suggestions from the audience. While author and game master Tone Milazzo will attempt to keep everything moving forward in a cohesive narrative. It could be brilliant, it could be a train wreck. It’s improv!

From the pages of Tone Milazzo’s upcoming novel, The Faith Machine, ESPionage is an RPG of psychics and spies. Imagine the X-Men in the X-Files, or Legion meets The Men Who Stare at Goats.

The agents of Rainbow Intelligence Services find themselves in Paradise Round, an idyllic and isolated community filled with burned spies and dangerous psychics. The PCs don’t remember how they got here, but know they were sent here to retrieve the ‘Hex File’ hidden somewhere in the community. But today’s election day. Can the players find the file without getting caught up in what passes for local politics?

From the pages of Tone Milazzo’s upcoming novel, The Faith Machine, ESPionage is an RPG of psychics and spies. Imagine the X-Men in the X-Files, or Legion meets The Men Who Stare at Goats.

A scientist who specialized in the study of time abruptly disappeared five years ago. Her head’s filled with dangerous knowledge, and your boss wants to know what she’s planning on doing with it. She’s just been sighted heading into the Appalachian Mountains and it’s up to the agents of Rainbow Intelligence Services to find her and figure out out where she’s been, and what she’s after.

When I’m not attending our table in the dealer’s room with Melissa Milazzo and J Dianne Dotson, I’ll probably be off somewhere eating snacks.

2:00pm: How Many Characters is Too Many?: Do we need to know what every son of Westros is doing? Are we just confusing readers? Garden II (J.L. Doty, Tone Milazzo, H. Paul Honsinger, Janet Tait)

2:00pm: I Feel Like Talking: Podcasts are a way to express yourself, but how do you get started, how do you distribute and how do you listen? Is this a possible new way to spread your writing to the world? And is there a financial model that can get the writer paid? Garden I (Daniel Cortopassi, Matt Pallamary, Tone Milazzo, Sherri Rabinowitz, Cynthia Ward)

4:00pm: Drawing from Non-European Folklore and Myth: Fantasy draws mainly from the traditions of Northern Europe and the British Isles. What other cultures might we take inspiration from? Garden I (Jean Graham, Henry Herz, Tone Milazzo, Henry Lien, Cynthia Ward, Deborah Flores)

Stop by the table and say, “Hi!” I hope to see you there! 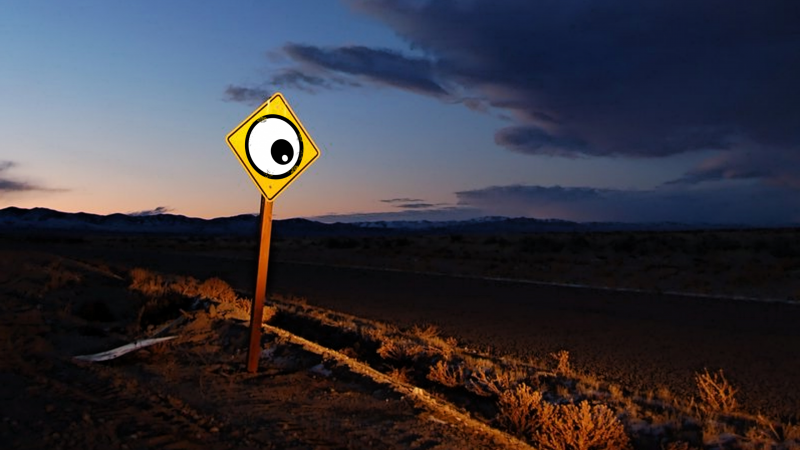 Now what am I supposed to do with all these d20s? 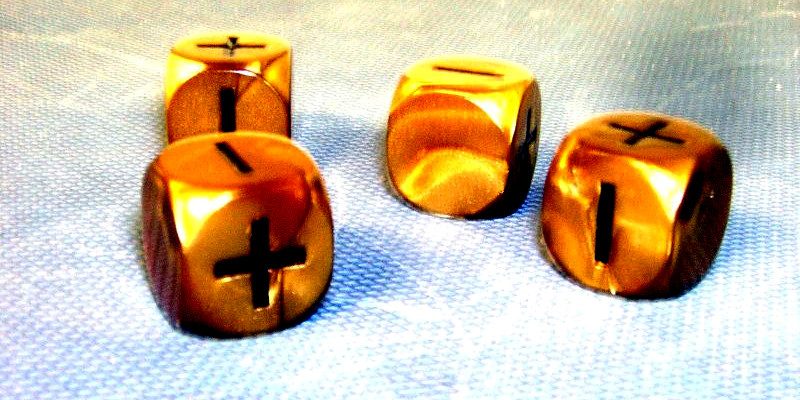 Eager to check out a game of Fate Core, I attended two days of Kingdom Con. I’m still planning my Fate Accelerated podcast, but if I dive right into a rule set, I know I’ll make assumptions that will become bad habits. So I was looking to play with an experienced GM, but this wasn’t baseline Fate Core. It was Fate Freeport, incorporating elements from D&D stats instead of skills and a simplified version of its magic system. But it was the only game in town.

I had Thursday off too, so I figured I’d also check out a game of D&D 5th Edition, having only played a little 4th and a lot of 3rd. Both games designed to simulate fantasy literature.

D&D started out the usual way; a cluster of mercenary 1st level characters with no particular connection to each other. I grabbed a human fighter out of the pre-gens. We might have been in the Forgotten Realms, but it could have been anywhere. Fate used Spelljammer for its setting. D&D in space on flying sea-craft. The pre-gens were the command staff of the ship, and one stowaway. I was invested right away. As the ship’s captain I knew who the engineer, bosun, and stowaway were and how we related to each other. In D&D, I struggled to remember which guy was the cleric. Fate encourages players to create the PCs relationships while they’re creating the PCs, rather than the default group of murder hobos.

D&D took place in an urban setting, but it wasn’t long before we were in an underground tunnel, lined with traps, which lead to a room of monsters. The Fate adventure was a spacefaring journey. Sailing through the ether, we crossed an elvish ship, destroyed and adrift. The few surviving crew driven mad, babbling about a blue asteroid. Reluctantly, we tracked the asteroid and found a mixed fleet of ships docked inside. Each captained by a Beholder who’d enslaved the crew with their minds.

A starting Fate character is more capable. My 1st level fighter could shoot arrows. That’s about it. Oh, and he could heal himself once, which did come in handy. In Fate, my ship’s captain carried two pistols. She could unload both at the target at once, and could Create a Strategy creating a pool of bonuses for the crew. When we boarded an enemy ship, I ordered “sneak up on them.” The bonuses supported our sneak attack.

I enjoyed Fate far more than D&D. Both characters were pre-gens, but I was far more invested in the captain than the human fighter. Part of that was the dynamic of the group, but the system had a lot to do with it. In Fate, you contribute to the story and rarely have to consult the rules. This is what I want out of a game, but I know some people crunch numbers and regurgitate rules for fun. In D&D, the guy playing the bard told me every way he was going to min-max his character all the way up to 7th level. Both systems supposed to simulate fantasy fiction. Fate’s design supports that inspiration. While the books and books of rules in D&D became else.