ESPionage: The dangerous, clandestine world of psychics and spies. 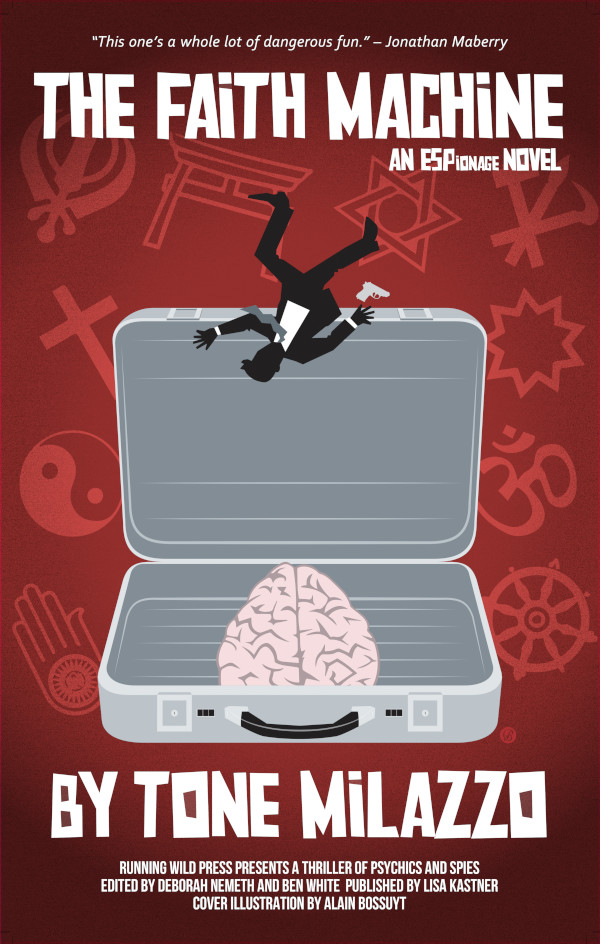 Welcome to the Strip, where operatives on the fringe command teams of ‘Cards’: Agents cursed with subtle, specialized, and sometimes sloppy psychic powers. Dr Ken Park, Korean-American psychologist and spy, dares to lead six of these Cards. Together, they tackle esoteric threats the Department of Homeland Security cannot.

Park takes his team to Africa to retrieve the Faith Machine. Built by the Soviets to turn prayers into suffering, the psychotronic device fell into the hands of a demented warlord. Tragically, the mission fails and the madman slaughters hundreds of innocents while the machine burns.

They return to the States in disgrace, and into an ambush by the mysterious and brutal Casemen. Cut off from command and each other, the scattered agents rush to their safe house in the west. While spy agencies from around the world want retribution for the catastrophe in Africa. Park’s team outplays enemies left and right, while uncovering the true threat. There’s another Faith Machine, one destined to bring hell on earth.

“This one’s a whole lot of dangerous fun.” – Jonathan Maberry 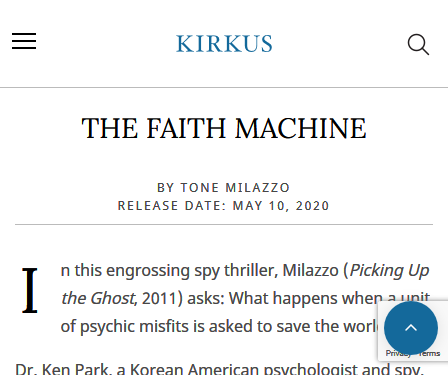 “Milazzo has written this wicked novel with his tongue firmly in cheek, lampooning both the spy and superhero genres. Unfortunate leader Park finds himself wrangling cats, attempting to ride herd over a sextet of operatives who just don’t get along. They also prove to be amateurs who are in over their heads. In order to save the planet from destruction, the agents must learn to combine their abilities—and the world will need a lot of luck to survive.”
Read More 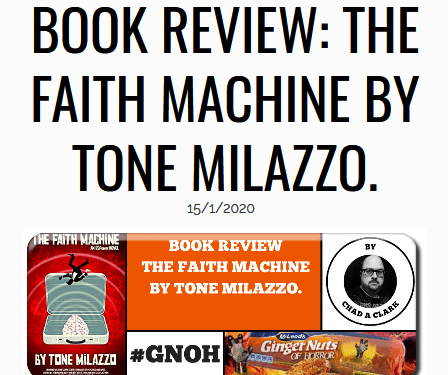 “Milazzo moves the story on from these opening chapters in a way that is tight and exciting to read. The slower beats are inserted where it seems they need to be and the story never really feels too fast or too slow. And the times where the narrative is split into three or four different perspectives, all moving in their own directions, there is still a skilled touch in keeping all the threads separate and distinct. It isn’t easy to organize a story such as this so for that reason alone, I give my compliments.”
Read More 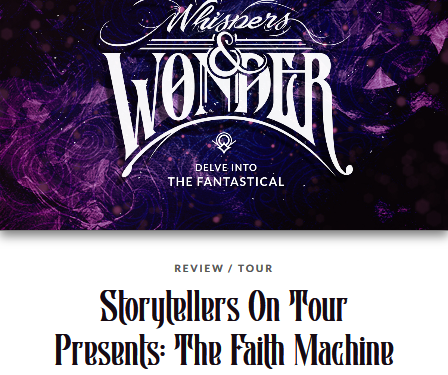 “-a noir-esque tale that focuses on the arrogance of mankind, and the dangers of playing at God. Incorporating the concepts of troubling technology and manufactured faith, this is a brisk narrative that sweeps readers on a journey across the globe to unearth a deadly weapon with the fate of all hanging in the balance. Various factions, whose intentions continue to remain cloudy, battle to reign supreme in this breakneck race to the finish line, and there’s never a moment of rest.”
Read More 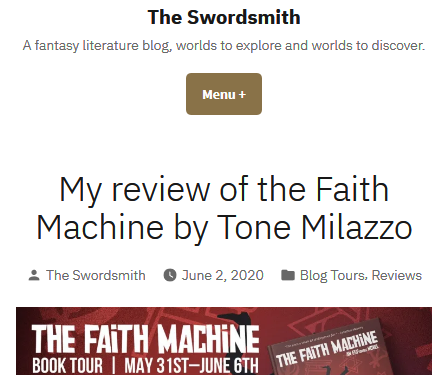 “-a spy story done right (as far as I am concerned), it is brisk complex tale and you are invited on to a globe-trotting tour as a reader as you are swept into world that Tone has envisioned. It has a large and diverse cast of government agents, who all have their own and unique voice and take on events, but they are different. They are all special, these are “Cards” people gifted with psychic powers while also suffering with varying mental disorders. “
Read More 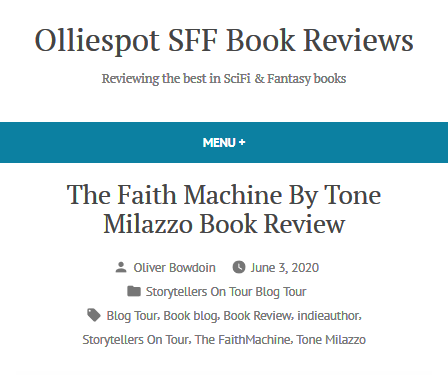 “This story probably has more action in the first quarter of the book than you normally get from a Jackie Chan movie. I’m not a big action sequence or action film kind of guy but the way these characters and the unique abilities come into conflict with the bad guys is a blast. Sometimes, it’s punctuated by humor that could only come from someone with a truly unique sense for what’s funny.”
Read More 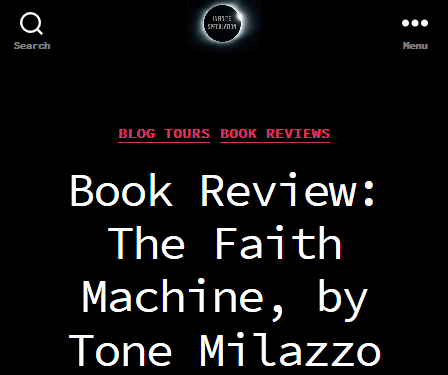 “-even now, days after I’ve finished reading, I struggle to pick a favorite [character]. There’s the cocky Isaac Deal, with his ability to mirror the skills and expertise of those nearby. There’s the near-terminally unlucky Pollyanna, with her ability to bank her bad luck and unleash it at crucial moments. There’s also the newest recruit, Gabby, a recovering addict with the ability to paralyze with her voice.”
Read More 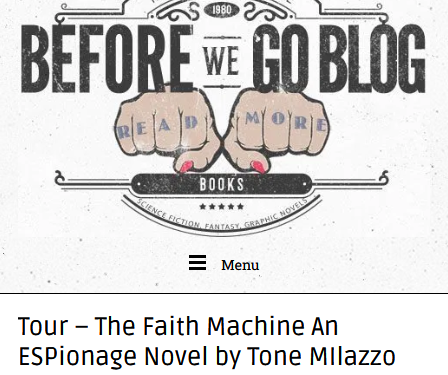 Before We Go Blog

“The Faith Machine is a new breed of Superheroesque story that is part noir, part thriller, part action and, part science fiction. Unlike many of the trope-filled superhero stories mentioned above that are a part of mainstream culture, The Faith Machine steps outside the box a bit. It reminds me more of a gonzo Watchman then anything having to do with superman.”
Read More 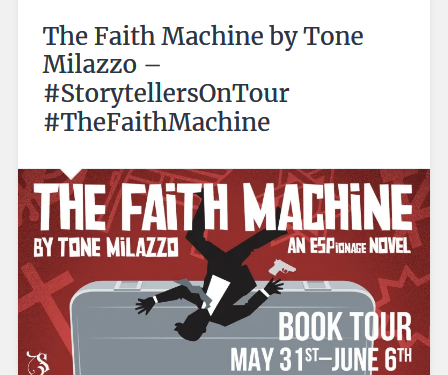 “113… Is that a lucky number??? Because that’s the number of chapters in Milazzo’s quickly plotted superhero thrill-ride, The Faith Machine. Short and action-packed, they hit you hard and fast… and give the book a hair-trigger tone. Just read a couple lines from the last paragraphs of some of the early chapters:

Oh, it gets dangerous and fun early!” 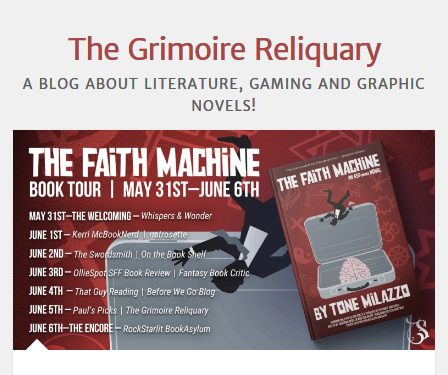 “And the characters are a likable lot, all eight of the ensemble. There’s Dr. Park, the leader of the team, a Korean-American psychologist tasked wtih the enormous responsibility of keeping seven Cards (psychic spies), unstable one and all, together, as they . I won’t go over each and every one of the Cards, but I thought they made for wonderful characters. They’re bursting with personality from the very first time you come across them on the page.”
Read More 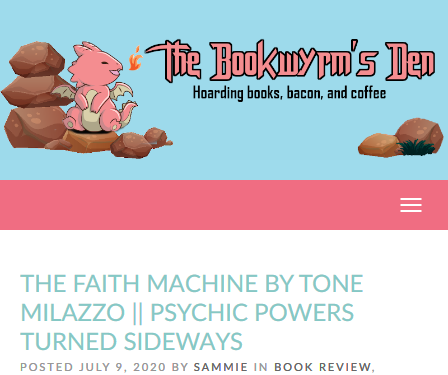 “It’s a really careful balance, and I think Milazzo does it well. There are moments where it’s okay to tackle things with humor, like the fact that Park is constantly confused as being Chinese or called “Chinaman,” despite being Korean. There are other deeper moments during the mission, though, that are given the serious consideration they deserve. It really rounded out the characters, because even the book wasn’t about these things, the characters have been through some things, and their lives aren’t exactly all rainbows and sunshine. You’d think powers would make things easier, but no, they really complicate things here.”
Read More
Buy Locally
Buy Amazon
Reviews Goodreads
Buy Kindle
Buy B&N 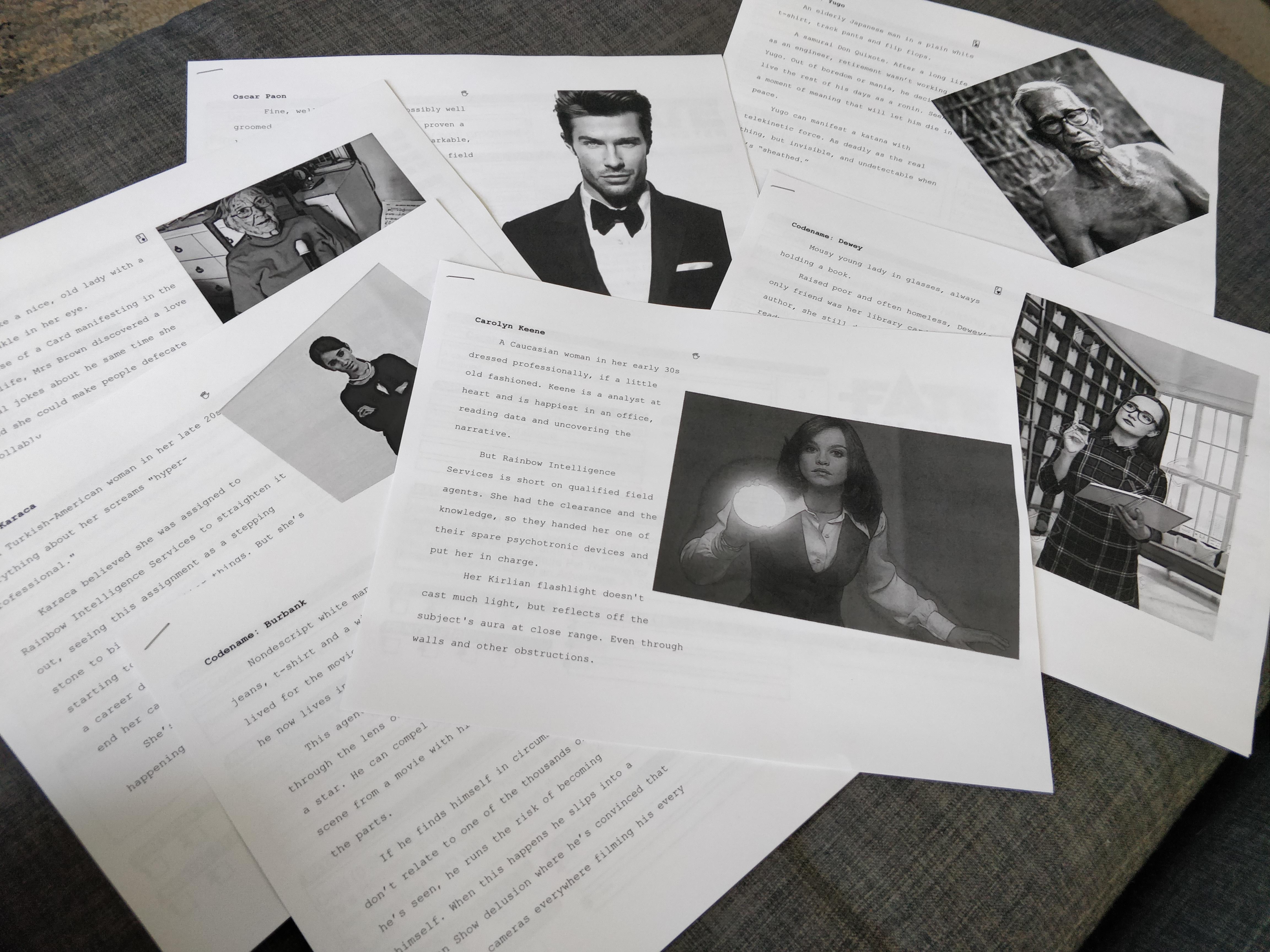 The ESPionage RPG is stale beer with martini moments, more Jason Borne than James Bond. This game takes its queues from John le Carré and Tim Powers, with an occasional nod to Ian Flemming. A secret world that’s less about good guys versus bad, and more about getting the job done. Whatever the cost.

In ESPionage, Cards are the most powerful individuals alive, but still have to watch their backs. A bullet to the skull doesn’t care how powerful the brain inside was.

ESPionage is about characters with mental disorders living their lives and doing their jobs, without being defined by their conditions.

ESPionage is about characters getting their hands dirty in the field, not rooms full of servers crunching data.

ESPionage is about teamwork. A small group of talented agents who depend on each other to accomplish the mission and look out for each other. It’s not about calling Homeland Security for help with a threat. Sometimes, Homeland Security is the threat.

ESPionage is about a secret war with many sides and shifting alliances. Nations, terrorists, gods, and ghosts pushing forward with their agendas at the cost of anyone who gets in their way. It’s not about safety or working toward retirement. Once you’ve played on the Strip you’re in the game for good.

The game is currently in playtest. I’ve run one-shots at SoCal conventions. And I’ll be running a campaign or two.